Nathan McMullen is a British actor, best known for appearing in the E4 comedy-drama series Misfits and for portraying Barman in Kelly + Victor. In 2014, McMullen played the part of Wolf the elf in an episode of Doctor Who. Born on June 13, 1988 in Liverpool, United Kingdom, he attended Manchester School of Theatre. He began his professional career in 2010, appearing in the TV series Casualty. He has a daughter named Sadie. 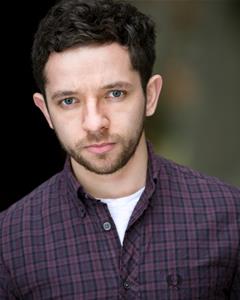 Nathan McMullen Facts:
*He was born on June 13, 1988 in Liverpool, United Kingdom.
*He was named “Young Comic of the Year” by Liverpool Echo during the Liverpool Comic Festival in 2003, at the age of 15.
*He played Finn in Series 4 and 5 of Misfits.
*In 2012, he appeared in the fourth season of Misfits in the regular role of Finn.
*Follow him on Twitter and Instagram.