Lawrence Gilliard Jr. is an American character actor of stage, film and television. He is best known for his portrayal of D’Angelo Barksdale on the HBO drama series The Wire. He also portrayed Bob Stookey in the AMC horror drama The Walking Dead. Gilliard’s other notable works include George, The Beast, Southland, Army Wives, Graceland, and The Deuce. Born on September 22, 1971 in New York, New York, Gilliard and his family relocated to Baltimore, Maryland when he was seven years old. Gilliard played clarinet and studied classical music at Baltimore School for the Arts. He later attended Juilliard School for three years as a clarinet performance student. He also studied acting at the American Academy of Dramatic Arts, The Acting Studio – New York, and the Stella Adler Conservatory. Gilliard made his film debut in the 1991 independent film Straight Out of Brooklyn. He is married to Michelle Paress, who joined the cast of The Wire in its 5th season. 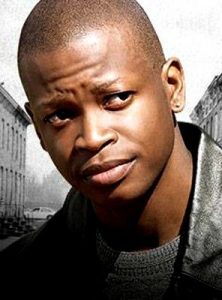 Lawrence Gilliard Jr. Facts:
*He was born on September 22, 1971 in New York, New York, USA.
*He studied classical music at the Baltimore School for the Arts and the Juilliard School before turning to acting.
*Tupac Shakur and Jada Pinkett Smith were classmates of Gilliard’s at the Baltimore School of the Arts.
*He made his film debut with the lead role in the 1991 film Straight Out of Brooklyn.
*He played Bob Stookey in AMC’s The Walking Dead.
*He is one of the three The Wire alumni to be cast on the TV Series, alongside Seth Gilliam and Chad Coleman.
*He is the former fiancé of Monilewa Okan.
*Visit his official website: www.lawrenceGilliardJr.com
*Follow him on Twitter and Instagram.