Allison Iraheta is an American singer who won the reality television competition Quinceañera and was the fourth place finalist on the 8th season of American Idol. Iraheta released her debut album, Just Like You, in 2009. Currently, she is the lead vocalist in the band Halo Circus. Born on April 27, 1992 in Glendale, California, to Salvadoran immigrants who moved to the United States before Iraheta was born. The youngest of three children, Iraheta has an older sister, Jacki and an older brother, Carlos. At age 9, Iraheta began taking voice lessons after her parents noticed her interest in singing. She attended Animo Ralph Bunche Charter High School. On January 27, 2013, Iraheta married music producer Matthew Hager. 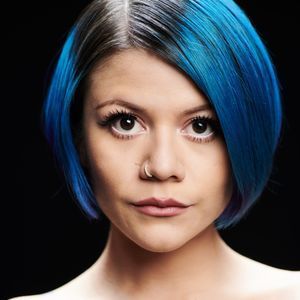 Allison Iraheta Facts:
*She was born on April 27, 1992 in Glendale, California, USA.
*Her family is originally from El Salvador.
*She is the youngest of three children.
*She wanted to be on American Idol after watching Kelly Clarkson win the 1st season.
*In 2006, she won the Telemundo reality show, Quinceañera.
*She finished fourth on the 2009 season of American Idol.
*She plays guitar.
*Visit her official website: www.allisoniraheta.com
*Follow her on Twitter, YouTube, Facebook and Instagram.