Leah Remini is an American actress known for roles in the CBS hit sitcom The King of Queens and in a comedy film, Old School. Born as Leah Marie Remini in Brooklyn, New York, Leah is the daughter of Vicki Marshall, a schoolteacher, and George Remini, who owned an asbestos removal company. She is of Sicilian descent on her father’s side, and of Ashkenazi Jewish descent on her mother’s side. She has been married to TV actor Angelo Pagan since July 19, 2003. They have one daughter, Sofia. 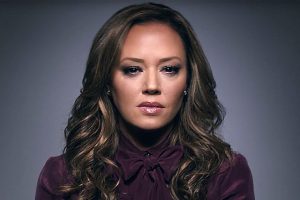 Leah Remini Education:
She dropped out of school to pursue her acting career.

Leah Remini Facts:
*Her mother is of Ashkenazi Jewish descent (from Austria) while her father’s ancestry is Sicilian.
*She moved to Los Angeles with her mother and sister at the age of 13, and left school at 14.
*She worked with personal trainer Gina Lombardi to lose 20 pounds for her role in Fired Up (1997).
*Her wedding to longtime boyfriend Angelo Pagan was featured in the February 2004 issue of InStyle Magazine.
*In 2002, she was placed at #19 in the list of “102 Sexiest Women in the World” by Stuff magazine.
*She is good friends with Jennifer Lopez.
*Follow her on Twitter, Facebook and Instagram.