Lee Jong-suk is a South Korean actor and model. He is best known for his roles on the television series School 2013, Doctor Stranger, I Can Hear Your Voice, Pinocchio, W, and While You Were Sleeping. He has also appeared in the films No Breathing, The Face Reader, Hot Young Bloods and VIP. Born on September 14, 1989 in Suwon, South Korea, to Lui and Lee Han-kyu, he has two siblings: a younger brother who is two years younger and a four years younger sister. He attended and graduated from Konkuk University in 2016, where he majored in Professional Motion Pictures and Art. He began his career as a Runway model in 2005, and made his acting debut in the TV series ‘Prosecutor Princess’, where he played a supporting role. His breakout role was in 2012 as Go Nam-soon in the television series School 2013. 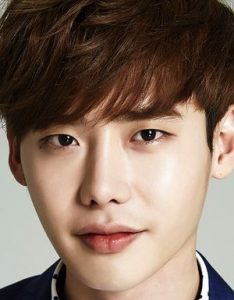 Lee Jong-suk Facts:
*He is the eldest of three children.
*He began his career as a Runway model at the age of 15.
*He was the youngest male model for Seoul Fashion Week.
*He is scared of speaking in public.
*He is very close friends with fellow model/actor Kim Woo Bin.
*Follow him on Instagram.