Jennifer Esposito is an American actress. She is known for her roles in television, such as Samantha Who?, Blue Bloods, Spin City, Related, Judging Amy, Taxi Brooklyn, and Mistresses, and in the feature films Crash, Taxi, Summer of Sam, Don’t Say a Word, and Welcome to Collinwood. She portrayed Special Agent Alexandra Quinn on the CBS series NCIS from 2016 to 2017. Born on April 11, 1973 in New York City, to Phyllis and Robert Esposito, she grew up on Staten Island, New York. She belongs to Italian descent. She has one older sister. She attended and graduate from Moore Catholic High School in Staten Island, NY. She married Louis Dowler in 2014. She was previously married to actor Bradley Cooper. 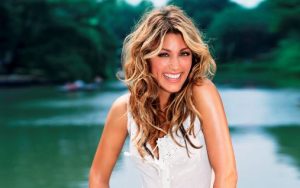 Jennifer Esposito Facts:
*She was born in New York City and was raised on Staten Island.
*She is of Italian descent.
*She was once engaged to professional Australian tennis player Mark Philippoussis.
*She has developed a line of gluten-free products.
*She launched Jennifer’s Way Bakery, in Manhattan, New York in 2013.
*She has two dogs.
*Visit her official website: www.livingfreejennifer.com
*Follow her on Twitter and Instagram.