Lee Min-ho is a South Korean television and movie actor and singer. He is best known for his role as Gu Jun-pyo in the 2009 KBS2 drama “Boys Over Flowers”, which earned him a Best New Actor award at the 45th Baeksang Arts Awards. His other notable performances include: Personal Taste (2010), City Hunter (2011), The Heirs (2013), Gangnam Blues (2015), Legend of the Blue Sea (2016), and Bounty Hunters (2016). As a singer, Lee has released two music albums: My Everything and Song For You. Born on June 22, 1987 in Heukseok-dong, Seoul, South Korea, he has an older sister, Lee Yong-jung, who is the CEO of MYM Entertainment. He studied film and art at the Konkuk University. He started his career in 2006 through a EBS drama Secret Campus. He was in a relationship with singer Suzy Bae from 2015 to 2017. 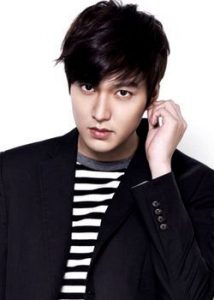 Albums: My Everything, Song For You

Lee Min-ho Facts:
*He was born on June 22, 1987 in Heukseok-dong, Seoul, South Korea.
*During his childhood, Lee wanted to become a professional football player, but an injury in the 5th grade of elementary school ended those dreams.
*He released his debut studio album, My Everything in Japanese and Korean in 2013.
*He appeared on Chinese Lunar New Year TV program “CCTV New Year’s Gala” on January 30, 2014.
*His favorite player is Portuguese footballer Cristiano Ronaldo.
*Visit his official website: www.leeminho.kr
*Follow him on Twitter, Facebook and Instagram.