Sharna Burgess is an Australian ballroom dancer and choreographer. She is best known for her appearances on the American edition of Dancing with the Stars. She is a three time runner-up on the show. She has also featured on the stage show Burn the Floor. Born Sharna May Burgess on June 21, 1985 in Wagga Wagga, Australia, to parents Lucy and Ray Burgess, Sharna began training in ballet, jazz and gymnastics at 5. She made her television debut with the Australian version of Dancing with the Stars in 2011. She dated English choreographer and dancer Paul Kirkland from 2010 to 2015. 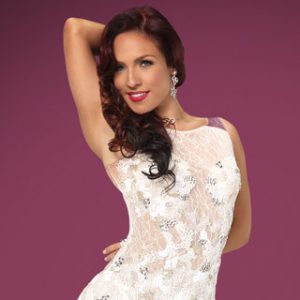 Sharna Burgess Facts:
*She was born on June 21, 1985 in Wagga Wagga, Australia.
*She started getting trained in gymnastics, ballet and, jazz when she was 5.
*For season 16, she was partnered with comedian Andy Dick on the American version of Dancing with the Stars.
*Burgess has a perfect body which measures breast 33, waist 24 and hip 34. She has a height of 5 feet and 4¼ inches which is around 163 cm. She wears a size 7 shoe and her zodiac sign is Gemini.
*Visit her official website: www.sharnaburgess.com
*Follow her on Twitter, Facebook and Instagram.