Born Danielle Nicole Alonso on June 13, 1985 in Cape Coral, Florida, Lela is of Cuban descent. She started her career in the ad*lt entertainment industry in 2006. She has recorded more than 170 films as an actress. She married in 2011. Lela is with the height 5 feet 1 inches in tall. She wears a size 5 shoe and her zodiac sign is Gemini. 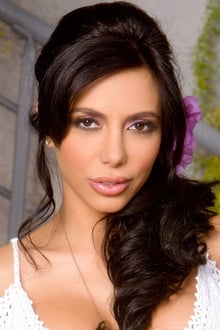 Lela Star Facts:
*She was born on June 13, 1985 in Cape Coral, Florida, USA.
*She was discovered by agent Jim South.
*She made her debut in Hustler’s Barely Legal 18th Birthday.
*She was nominated for an AVN Award for Best New Starlet in 2008.
*In July 2010 she was named Penthouse Pets of the magazine Penthouse.
*She made a cameo appearance in rapper Kardinal Offishall’s music video “Set It Off”.
*In August 2011, she announced on her Twitter that she has married and chosen to retire from the ad*lt entertainment industry.
*Visit her official website: www.lelastar.com
*Follow her on YouTube, Facebook and Instagram.