Lena Dunham was born on May 13, 1986 in New York City, New York, the daughter of Laurie Simmons and Carroll Dunham. She is an American actress, screenwriter, producer, and director, best known as the creator, writer and star of the HBO series Girls, for which she has received numerous Emmy award nominations and two Golden Globe awards. Lena is with the height 5 feet 3 inches in tall. She wears a size 6 shoe and her zodiac sign is Taurus. 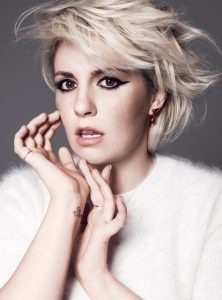 Books: Not That Kind of Girl: A Young Woman Tells You What She’s Learned