Leonardo DiCaprio is an American actor, director, producer, writer and environmental activist. He is best known for his roles in the films Romeo + Juliet, Titanic, What’s Eating Gilbert Grape, Catch Me If You Can, Gangs of New York, The Revenant, The Aviator, The Wolf of Wall Street, The Departed and Blood Diamond. For his work in The Revenant, he won an Academy Award for Best Actor in 2016. For his roles as Jordan Belfort in The Wolf of Wall Street and as Howard Hughes in The Aviator, he received Golden Globe Awards for Best Actor. Born Leonardo Wilhelm DiCaprio on November 11, 1974 in Los Angeles, California, to George DiCaprio and Irmelin DiCaprio, he is an only child with no siblings. He is of Italian and German descent on his father’s side, and of German and Russian descent on his mother’s side. He began his career by appearing in commercials and educational films under the name Lenny Williams. Playing the role of Josh, he made her first film appearance in the 1991 film Critters 3. He has dated Blake Lively, Gisele Bundchen, Erin Heatherton, Kelly Rohrbach, and Toni Garrn. 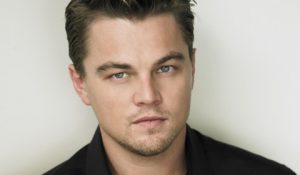 Leonardo DiCaprio Facts:
*Born on November 11, 1974 in Los Angeles, California, he is an only child of his parents.
*He began his career appearing as a child on television.
*People Magazine named him one of the top 50 Most Beautiful People in the World in 1998.
*He ranked #6 in Star TV’s “Top 10 Box Office Stars of the 1990s” in 2003.
*He was ranked at #36 in the “Empire Magazine’s 100 Sexiest Movie Stars” list in 2007.
*He can speak a bit of German.
*Meryl Streep is his favorite actress of all time.
*He is a big fan of Anime.
*He is food friends with Lukas Haas, Mark Wahlberg Kevin Connolly, and Alan Thicke, and very good friends with actresses Marion Cotillard and Kate Winslet and actors Tom Hardy and Vincent Gallo.
*He owns a production company called Appian Way Productions.
*Visit his official website: www.leonardodicaprio.com
*Follow him on Twitter, Facebook and Instagram.