Leonie Kranzle is a German actress, best known for her role in the short animated film “Love Pills”. She has appeared on the covers of numerous fashion magazines. Born Leonie Emelia Kranzle on November 16, 1996 in Bielefeld, Germany, to parents Kielhina Whienkronner and Joseph Kranzle, she has one older brother named Raban Kranzle and one older sister named Taylor Kranzle. Kranzle began acting in 2006, joining the cast of the Die Wilden. 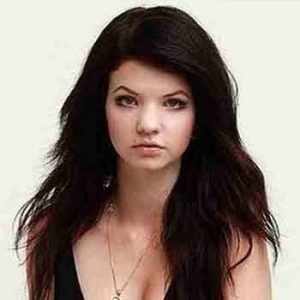 Leonie Kranzle Facts:
*She was born on November 16, 1996 in Bielefeld, Germany.
*Her full name is Leonie Emelia Kranzle.
*She is the youngest child in her family.
*Her father is a doctor, and her mother is an actress.
*She is friends with Konrad Baumann, Luke Pasqualino, Raban Bieling, Helene Armstrong, Josh Hutcherson, Leonie Tepe, and Harry Styles.