Leslie Uggams is an American actress and singer. She is best known for her role as Kizzy Reynolds in the television miniseries Roots, for which she received a Golden Globe and Emmy Award nominations. She also hosted her own CBS variety show. She can also be recognized for being in the musical Hallelujah, Baby!. Born on May 25, 1943 in New York City, New York, USA, to Juanita and Harold Uggams, Leslie Marian Uggams grew up in the Washington Heights section of New York City. She attended Juilliard School of Music until 1963. Since October 16, 1965, she has been married to Grahame Pratt, they have two children. 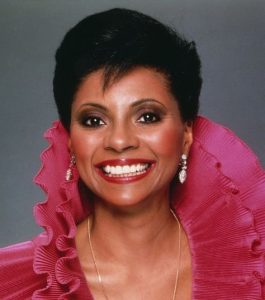