Australian-British singer-songwriter, actress and model who played Beth Brennan on the Australian soapie Neighbours from 1992-1994. She rose to international fame with her massively popular hit song “Torn,” which was a cover of the Ednaswap song. Her song “Glorious” was a #23 charting hit. Her debut album, Left of the Middle (1997), sold 7 million copies worldwide. Her accolades include eight ARIA Awards and two Brit Awards. Born Natalie Jane Imbruglia on Tuesday, February 4, 1975, in Sydney, Australia, to Maxene and Elliot Imbruglia, Natalie Imbruglia has Italian, as well as English, Scottish, Irish, and Welsh ancestry. While growing up, she appeared in various commercials for known brands. She was married to Daniel Johns from 2003 to 2008. In 2017, she began dating photographer Matt Field. 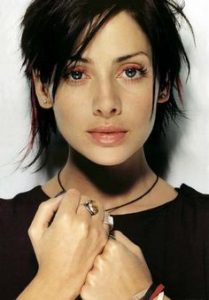 Natalie Imbruglia Facts:
*She is a vegetarian
*She studied ballet, highland, and tap dancing as a 15-year-old to make a career out of it.
*She won the MTV award for Best New Artist in 1998.
*She was named in number 90 on VH1’s 100 Sexiest Artists.
*She is a big fan of The Beach Boys and Brian Wilson.
*She has dual citizenship of British and Australian.
*She once dated actor David Schwimmer.
*Visit her official website: www.natalieimbruglia.com
*Follow her on Twitter, YouTube, Myspace, Facebook and Instagram.