Levi Miller is an Australian actor and model. He is best known for his roles in the films Pan, Better Watch Out, and A Wrinkle in Time. In 2017, Miller played Charlie Bucktin in the film adaptation of Australian novel Jasper Jones. He guest-starred in an episode of the short-lived FOX series Terra Nova (2011). Born Levi Zane Miller on September 30, 2002 in Brisbane, Australia, his mothers name is Meg Miller. He has two older sisters named Tiarnee and Brittany. 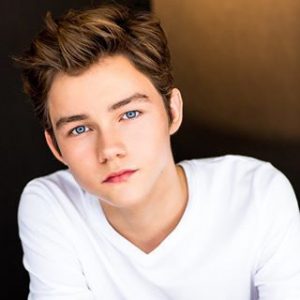 Levi Miller Facts:
*He was born on September 30, 2002 in Brisbane, Australia.
*His full name is Levi Zane Miller.
*As a child, he won a drama competition with a Peter Pan monologue, and appeared in several Australian television commercials.
*He is mainly known for his portrayals of Peter Pan in Pan, Luke in Better Watch Out, and as Calvin in A Wrinkle in Time.
*Follow him on Twitter and Instagram.