Nika Futterman is an American actress, comedian, voice artist and singer. She is best known for voicing Adam Lyon in My Gym Partner’s a Monkey, Squeeze in Handy Manny, Miguel Santos in Maya & Miguel, Sticks the Badger in Sonic Boom, Luna Loud in The Loud House, Asajj Ventress in Star Wars: The Clone Wars, and West in Lost in Oz. Futterman performed the vocals “Give it to me, baby” in The Offspring hit single “Pretty Fly (For a White Guy) by the band The Offspring. 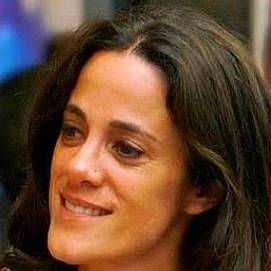 Nika Futterman Facts:
*Born on October 25, 1969 in New York, New York, she is Jewish.
*As a child, she performed in plays, musicals and student films.
*Her first television role was Nikki Hodge on the series Chicago Hope in 1995.
*She is married to Teddy Xentaras with whom she has a daughter.
*Visit her official website: www.nika-futterman.com
*Follow her on Twitter.