American rapper who gained international attention in 2017 when he released his mixtape Perfect Timing. Lil Baby released his debut album, Harder Than Ever, in 2018. This album included the song “Yes Indeed” with Drake which peaked at 6 on the Billboard Hot 100. His second album My Turn (2020), debuted atop the US charts. His single “The Bigger Picture” (2020), debuted at number three on the US Billboard Hot 100, becoming Lil Baby’s highest-charting song, surpassing “Drip Too Hard”, which peaked at number 4 in 2018. Born Dominique Armani Jones on December 3, 1994 in Atlanta, Georgia, his father left the family when he was age two, and he was raised by his mother. He has been dating Jayda Ayanna; they welcomed a son together on February 18, 2019. He also has a son from a previous relationship. 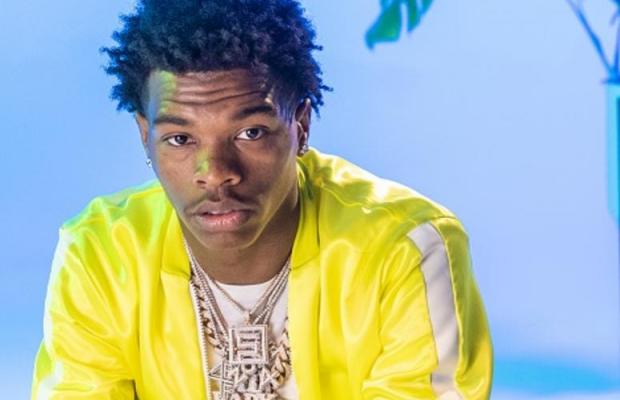 Lil Baby Facts:
*He was born on December 3, 1994 in Atlanta, Georgia, USA.
*His father left the family when he was just twho years old.
*He started his rap career in 2016.
*In 2018, he released two mixtapes, Drip Harder and Street Gossip.
*He is best known for his songs “My Dawg”, “Drip Too Hard”, “Yes Indeed” and “Freestyle”.
*Visit his official website: www.shop.iamlilbaby.com
*Follow him on Twitter, SoundCloud, YouTube, Facebook and Instagram.