Maria Fowler is a British reality television personality and model from Derby, best known for appearing in the ITVBe reality series The Only Way Is Essex. She is also known for her work as a Page 3 girl for The Sun. Fowler has also modeled for brands such as W7 Cosmetics, Regnum Carya, Lori G Bridal Studio, and Roxy Hair Extensions Suppliers. Born Maria Catherine Fowler on August 15, 1986 in Derby, United Kingdom, she attended Littleover Community School and studied Fine and Performing arts at Burton & South Derbyshire College in England. She married Kelvin Batey on July 27, 2019. Together they have one daughter, Evie Paris Batey. She was previously in a relationship with footballer Lee Croft from 2011 to 2012. 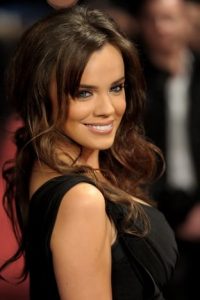 Maria Fowler Facts:
*She was born on August 15, 1986 in Derby, United Kingdom.
*She studied Fine Arts and Performing Arts at Burton College.
*From 2010 to 2011, she made appearances on the ITV reality series The Only Way Is Essex.
*She had liposuction in 2012.
*She attempted suicide after suffering from depression in 2013.
*She launched Fierce Face, a company which sells brands of cosmetic brushes. (2015)
*She is married to Kelvin Batey.
*Visit her official website: www.fiercefaceonline.com
*Follow her on Twitter and Instagram.