Lil Durk is an American rapper, singer, and songwriter, best known as the lead member and founder of his own collective and record label, Only the Family. His debut studio album, Remember My Name (2015), debuted at number 14 on the Billboard 200 and only released one single: “Like Me”. Durk released his second studio album, Lil Durk 2X, on July 22, 2016, by Only the Family and Def Jam Recordings, his final release under the latter label. 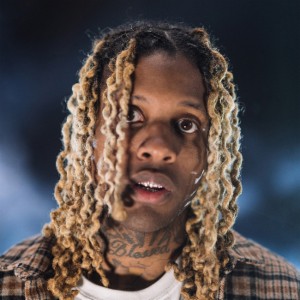 Born Durk Derrick Banks on October 19, 1992 in Englewood, Chicago, Illinois, he spent much of his early years at home with a great deal of responsibility as his father, Dontay Banks, Sr., was incarcerated when he was 7 months old. He has been in a relationship with India Royale since 2017. He has six children named Bella, Angelo, Zayden, Willow, Skyler and Du’mier.

Lil Durk Facts:
*He was born on October 19, 1992 in Englewood, Chicago, Illinois, USA.
*He formed collective and record label, Only the Family in 2010.
*He self-released his first few mixtapes in 2011.
*He released his debut studio album, Remember My Name, on June 2, 2015.
*Visit his official website: www.officiallildurk.com
*Follow him on Twitter, YouTube, Facebook and Instagram.