Lil Nas X is an American rapper, singer and songwriter. He is best known for his country rap breakout single “Old Town Road”, which became the subject of memes and a viral social media challenge on the video sharing app TikTok in early 2019. The single reached #1 on the US Billboard Hot 100 and remained there for nineteen weeks. He released his debut EP, 7, on June 21, 2019. His second song from 7, “Panini”, debuted in Rolling Stone’s Top 100 top ten in July 2019. Born Montero Lamar Hill on April 9, 1999 in Lithia Springs, Georgia, his parents divorced when he was six years old. He attended Lithia Springs High School, graduating in 2017. He studied for one year at the University of West Georgia before dropping out. 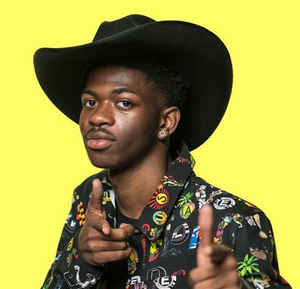 Lil Nas X Facts:
*He was born on April 9, 1999 in Lithia Springs, Georgia, USA.
*His real name is Montero Lamar Hill.
*His parents divorced when he was age six.
*He is best known for his song “Old Town Road” featuring Billy Ray Cyrus.
*Visit his official website: www.lilnasx.com
*Follow him on Twitter, SoundCloud, YouTube, Facebook and Instagram.