Nuria Roca is a Spanish writer, TV host, actress, radio announcer and architect. She is best known for hosting various TV shows such as La isla de los famosos, Supervivientes, Waku Waku, Perdidos en la tribu, and The X Factor Spain. In 2002, Roca appeared as Sofía Castelló in the television series Javier ya no vive solo. She became a team member in the Spanish talk show El hormiguero in September 2018. Born on March 23, 1972 in Moncada, Spain, her full name is Nuria Roca Granell. Roca obtained a bachelors degree in technical architecture from Polytechnic University of Valencia. In 1994, she began her career as a presenter hosting La sort de cara. In 2000, she married writer and businessman Juan del Val with whom she has three children, Juan, Pau, and Olivia. 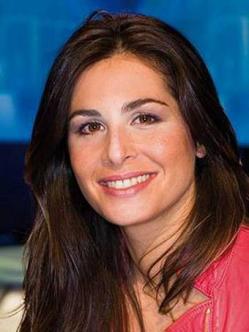 Nuria Roca Facts:
*She was born on March 23, 1972 in Moncada, Spain.
*She was educated at the Universidad Politécnica de Valencia.
*She began her career as a presenter in 1994.
*She was a contestant on the 2016 Spanish reality show 1, 2, 3… hipnotízame.
*Visit her official website: www.nuriaroca.com
*Follow her on Twitter and Instagram.