Lil Scrappy is an American rapper and record producer, best known for his singles “Head Bussa,” “Money in the Bank,” and “No Problems.” Scrappy released his debut album, Bred 2 Die Born 2 Live, in December 2006, followed by his second album, Prince of the South in May 2008. Bred 2 Die Born 2 Live reached #24 on the Billboard 200 chart in 2006, and his single, Money in the Bank, reached the number twenty-eight position on the Billboard Hot 100. Born Darryl Kevin Richardson on January 19, 1984 in Atlanta, Georgia, USA, he has seven sisters and six brothers. He attended a military high school. He was discovered while performing at a bar in his hometown of Atlanta, Georgia by producer and performer Lil Jon. He married Adizia “Bambi” Benson on September 8, 2017. The couple welcomed their son Breland in September 2008. Lil Scrappy also has a daughter named Emani, from a previous relationship with Erica Dixon. 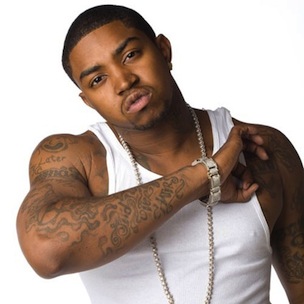 Lil Scrappy Facts:
*He was born on January 19, 1984 in Atlanta, Georgia, USA.
*He was discovered by the rapper and music producer Lil Jon at a bar in his hometown of Atlanta.
*His single ‘Money in the Bank’ peaked at #28 on the Billboard Hot 100 chart trajectory.
*Visit his official website: www.lilscrappy.com
*Follow him on Twitter, YouTube, Facebook and Instagram.