Lil Tracy is an American rapper, singer, and songwriter, mainly known for his collaborations with the late rapper Lil Peep, and for being a prominent member of the “SoundCloud rap” and underground rap scene. Tracy was featured on the single “Awful Things” from Lil Peep’s Come Over When You’re Sober, Pt. 1 in August 2017. The single peaked at number 79 on the Billboard Hot 100. Tracy’s notable hit songs include “This Year,” “Desire,” “Pictures,” and “Heart.” 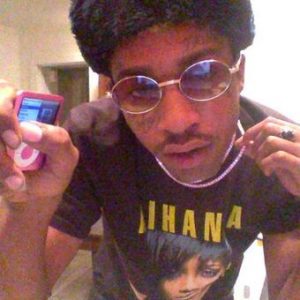 Lil Tracy Facts:
*He was born on October 3, 1995 in Teaneck, New Jersey, USA.
*Both of his parents were musicians.
*He started publishing music online when he was 15.
*He was known under the name Yung Bruh when he was starting his career.
*He was a member of the collective GOTHBOICLIQUE.
*He released his debut album, Anarchy, in September 2019.
*Follow him on Twitter, SoundCloud, YouTube, Facebook and Instagram.