Coy Stewart is an American actor who played Kevin Kingston-Persons in the TBS sitcom Are We There Yet? from 2010 to 2012. He later went to star as Marcus Barnes in PBS series The Electric Company, Troy in the Nickelodeon sitcom Bella and the Bulldogs and Lorenzo in Netflix sitcom Mr. Iglesias. He is also notable for his recurring role as Flint in the superhero action TV series, Agents of S.H.I.E.L.D. He also provides the voice of Benson in the Netflix animated series Kipo and the Age of Wonderbeasts. Born Tyson Coy Stewart on June 24, 1998 in Columbia, South Carolina, to parents Keisha and Derek Stewert, he has a brother named Chase. Stewart’s interest in acting began after reciting lines from popular TV series. He then joined a talent agency in Columbia, DeAbreu Modeling and Consulting, and began performing in a stage production of A Raisin in the Sun. 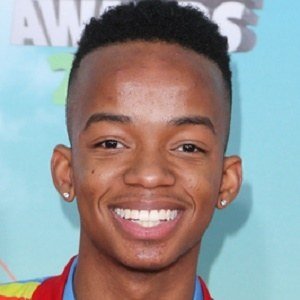 Coy Stewart Facts:
*He was born on June 24, 1998 in Columbia, South Carolina, USA.
*His father Derek Stewart’s 2012 book The Unlikely Journey describes the unfolding of Coy’s career in entertainment.
*From 2010 to 2012, he was regular cast member on the TBS sitcom, Are We There Yet?.
*Follow him on Twitter, YouTube, Facebook and Instagram.