Lil Xan is an American rapper, singer and songwriter. He rose to prominence after the release of his hit “Betrayed” in August 2017, which reached at #64 on the Billboard Hot 100. His other hits include “Been Bout It,” “Slingshot,” and “Who Are You.” He appeared on the song “Xan Man” with Lucki. Born Diego Leanos on September 6, 1996 in Redlands, California to Mexican parents, he was poor and spent much of his childhood in motels. He attended Redlands East Valley High School, but dropped out. He used to work as a street cleaner and sold drugs before he began rapping. He began to gained attention through platforms like SoundCloud and YouTube. On June 30, 2018, he began dating singer and actress Noah Cyrus. 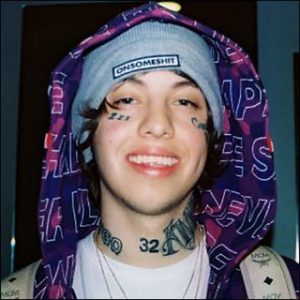 Lil Xan Facts:
*He was born in Redlands, California on September 6, 1996.
*He released his debut EP in 2016.
*Drake and Mac Miller are his musical inspirations.
*He was once an aspiring photographer.
*He has been in a relationship with singer and actress Noah Cyrus since June 30, 2018.
*Visit his official website: www.xanarchygang.com
*Follow him on Twitter, Facebook and Instagram.