Vanessa Morgan is a Canadian actress. She is best known for her roles as Beatrix in the MTV’s teen drama series Finding Carter, Amanda Pierce in the Family teen comedy series The Latest Buzz, Lyria in the fantasy drama TV series The Shannara Chronicles, and Sarah in the Disney Channel/Teletoon original film My Babysitter’s a Vampire. In 2017, she joined the cast of The CW teen drama series Riverdale. Born Vanessa Morgan Mziray on March 23, 1992 in Ottawa, Ontario, Canada, to East African father and Scottish mother, she has one older sister named Celina. Vanessa completed her schooling from Colonel By Secondary School and studied philosophy at Queen’s University. She made her acting debut in 2000 in the VH1 original movie A Diva’s Christmas Carol. 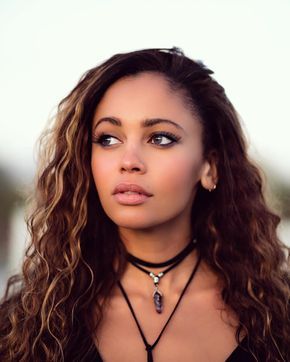 Vanessa Morgan Facts:
*She was born on March 23, 1992 in Ottawa, Ontario, Canada.
*She is of East African descent on her father’s side, and of Scottish descent on her mother’s side.
*She started taking singing lessons at the age of five.
*She won the Junior Miss America 1999 pageant.
*She is a 2010 graduate of Colonel By Secondary School.
*She has a pet dog named Yoshi.
*Follow her on Twitter and Instagram.