Lily Donaldson is a British model, best known for her work as a Victoria’s Secrets lingerie model. She has appeared on the cover of fashion magazines such as Vogue, Elle, Marie Claire, Harper’s Bazaar, Muse, Glamour Numero, V and W among others. She has also appeared in campaigns for many important fashion houses such as Gap, Banana Republic, H&M, Fendi, Gucci, Doce & Gabbana, Hugo Boss, Calvin Klein, Aldo, Burberry, Dior among others. Born Lily Monica Donaldson on January 27, 1987 in Hammersmith, Middlesex, London, England, to parents Tiffany Jesse and Matthew Donaldson, she has one younger sister, Aurelia Donaldson. She attended Camden School for Girls, a co-educational sixth form in North London. She dropped out when she was 16 to pursue modeling. In 2013, she began dating French artist, Cyprien Gaillard. 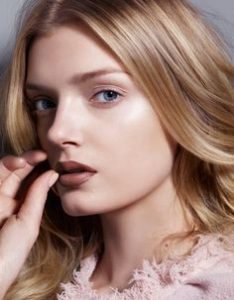 Lily Donaldson Facts:
*She was born on January 27, 1987 in Hammersmith, Middlesex, London, England.
*Her great uncle is Fleetwood Mac drummer, Mick Fleetwood.
*She was discovered in 2003 at age sixteen while shopping in Camden.
*She appeared in six Victoria’s Secret Fashion shows from 2010 through 2015.
*She has appeared in the 2008 Pirelli Calendar.
*She was declared one of the top 30 models of the 2000s by Vogue Paris in 2009.
*She is close friends with Gemma Ward and Irina Lazareanu.
*Follow her on Twitter, Facebook and Instagram.