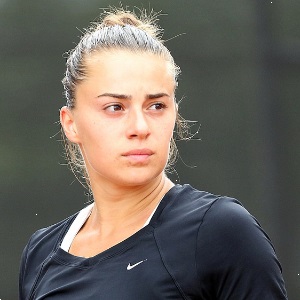 Lina Gjorcheska Facts:
*She was born on August 3, 1994 in Tetovo, North Macedonia.
*She plays right-handed and has a two-handed backhand.
*She has a career-high doubles ranking of No. 116.
*Follow her on Twitter, Facebook and Instagram.