Linda Blair is an American actress, born January 22, 1959, in St. Louis, Missouri, USA, to James Blair, an executive headhunter, and Elinore Blair, a real estate agent. Blair is best known for her role as the possessed child, Regan, in the film The Exorcist. The role earned her a Golden Globe and People’s Choice Award for Best Supporting Actress as well as an Academy Award nomination, she reprised her role in Exorcist II: The Heretic. She has also appeared on cover pages of People, Playboy, Seventeen, and many other magazines with Playboy being of course the most daring one. She has a brother, Jimmy, and a sister, Debbie. 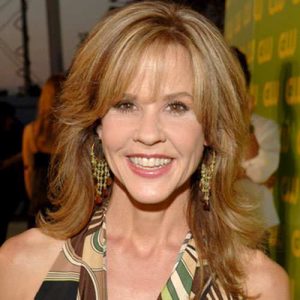 Relationships / Affairs / Boyfriend:
She was in a relationship with Rick Springfield from 1975 to 1977.

Linda Blair Facts:
*She is a vegan.
*She owns her own clothing line called Linda Blair’s Wild West Collection.
*She was cast by director William Friedkin in the classic horror film The Exorcist.
*One of her pet dogs was stolen from her, and ever since she has become involved with stopping animal/pet theft.
*She made a guest star appearance on the TV series Supernatural in 2006.
*She has written a book about veganism called “Going Vegan!”.
*She is among those few actors who received death threats from critics for portraying a role of glorified Satan in The Exorcist.
*Follow her on Facebook and Twitter.