Lindsay Hartley is an American actress and singer. She is known for roles such as Cara Castillo on All My Children, Arianna Hernandez on Days of Our Lives, and Theresa Lopez-Fitzgerald Crane Winthrop on Passions, for which she received a Soap Opera Digest Award nomination for Outstanding Female Newcomer in 2000. She has competed in several beauty contests and won several titles including “Young Miss America.” As a singer, she has won several national vocal competitions including The L.A. Philharmonic’s Award Vocal Opera, America’s Showcase Starlet and The National Date Festival. Born Lindsay Nicole Korman on April 17, 1978 in Palm Springs, California, she is the daughter of Wendy Ann (Steffer) and Jeff Stuart Korman. She is of Ashkenazi Jewish descent on her father’s side, and of Greek and Italian descent on her mother’s side. She married actor Justin Hartley in 2004, and the couple had a daughter named Isabella in 2004 before getting divorced in 2012. 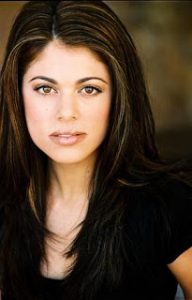 Lindsay Hartley Facts:
*She is of Jewish, Greek, and Italian heritage.
*She started singing at the age of 11.
*She has worked with Beck, Hootie & the Blowfish, Japanese superstar Yoshiki, Jackie Jackson, and former teen idol Dion DiMucci.
*She has a miniature Shetland Sheep dog named Princess.
*Follow her on Twitter and Instagram.