Lindsey Morgan is an American actress. She is best known for her portrayal of Kristina Davis on the American ABC Daytime soap opera General Hospital , and for her role as mechanic Raven Reyes on The CW science fiction drama series The 100. She was nominated for a Daytime Emmy Award for Outstanding Younger Actress in a Drama Series for her role on General Hospital. In 2021, Morgan began starring as Ranger Michelle “Micki” Ramirez on The CW’s Walker, a 2021 reboot of the television series Walker, Texas Ranger. 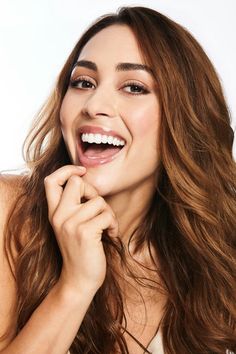 Born Lindsey Marie Morgan on February 27, 1990 in Houston, Texas, to parents Alice Burciaga and George Morgan, she is of Irish and Mexican descent. Morgan started her career in college at the University of Texas at Austin, then left for Los Angeles to chase her acting dream. On December 29, 2020, Morgan announced her engagement with actor Shaun Sipos on Instagram.

Lindsey Morgan Facts:
*She was born on February 27, 1990 in Houston, Texas, USA.
*She discovered her love of theatre at a young age.
*Dropped out of college to pursue a career in acting.
*Still has four baby teeth that won’t fall out!.
*Follow her on Twitter and Instagram.