Samantha Ronson is an English DJ, singer and songwriter who became recognized for the single “Pull My Hair Out.” She plays keys and guitar for the band Ocean Park Standoff. She has appeared in the music videos for Usher and Alicia Keys’ “My Boo”, Awolnation’s “Burn It Down”, N.E.R.D’s “Everyone Nose”, and brother Mark Ronson’s “Ooh Wee” from his album Here Comes The Fuzz. 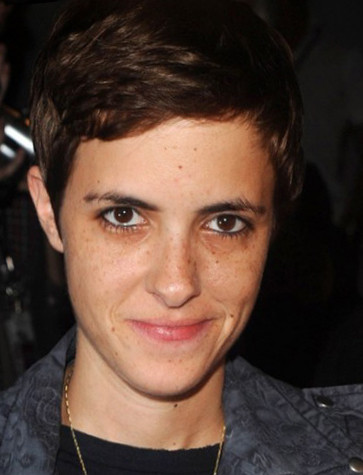 Born Samantha Judith Ronson on August 7, 1977 in London, England, to parents Laurence Ronson, a real-estate speculator and music manager, and writer/socialite Ann Dexter-Jones. Her Jewish ancestors emigrated from Austria, Lithuania, and Russia. After her parents’ divorce, her mother married Foreigner guitarist Mick Jones. Her older brother, Mark, is a music producer and musician; her fraternal twin sister, Charlotte, is a fashion designer. Ronson was educated at the Chapin School on Manhattan’s Upper East Side. She then studied creative writing and philosophy at New York University. From 2008 to 2009, she was in a relationship with Lindsay Lohan.

Samantha Ronson Facts:
*Born on August 7, 1977 in London, England, she was brought up in Conservative Judaism.
*She is the niece of property tycoon Gerald Ronson.
*She is the younger sister of music producer Mark Ronson, and twin sister of fashion designer Charlotte Ronson.
*Visit her official website: www.samantharonson.com
*Follow her on Twitter, SoundCloud, Facebook and Instagram.