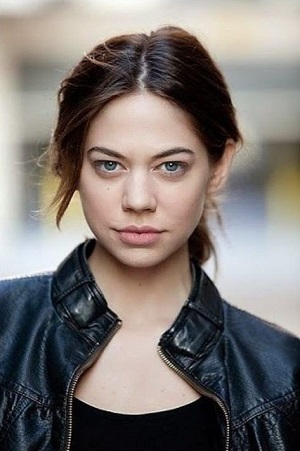 Lio Tipton is an American actor and fashion model who placed third on season eleven of America’s Next Top Model in 2008. Prior to America’s Next Top Model, Tipton was signed to I Model & Talent in Los Angeles and walked in Los Angeles Fashion Week Fall 2008 for designer, Kelly Nishimoto for her Fall 2008 collection, Imasu. They have starred in such films as Crazy, Stupid Love, Warm Bodies, Two Night Stand and The Green Hornet.

Lio dated actor and producer Aaron McManus (2007-2014) and actor Jake McDorman (2014). Tipton came out as non-binary pansexual and prefers to be addressed as Lio; their preferred pronouns are they/them.

Lio Tipton Facts:
*She was born on November 9, 1988 in Minneapolis, Minnesota, USA.
*Began ice skating at two and a half years old and participated in U.S. Synchronized Skating Championships on four occasions.
*They were a junior competitive figure skater with partner Phillip Cooke.
*Moved to Los Angeles in 2006 to become a writer
*Studied film at Marymount College in Palos Verdes, California.
*Tipton announced in June 2021 that they are queer and non-binary, and use they/them pronouns.
*Follow her on Twitter, Facebook and Instagram.