Lisa Edelstein is an American actress and playwright. She is most famous for her portrayal of Dr. Lisa Cuddy on the Fox medical drama series House. In 2014, she starred as Abby McCarthy in Bravo’s Girlfriends’ Guide to Divorce. Her other well-known television credits include Almost Perfect, Superman: The Animated Series, Relativity, The West Wing, Ally McBeal, Felicity, Leap of Faith, American Dad!, and The Legend of Korra. She’s played memorable roles in such films as Daddy Day Care, What Women Want, Joshy, As Good as It Gets and Keeping the Faith. Born on May 21, 1966 in Boston, Massachusetts, to Bonnie and Alvin Edelstein, she grew up in Wayne, NJ. She belongs to Russian Jewish and Polish Jewish descent. After graduating from Wayne Valley High School in 1984, she moved to New York City to study theatre at New York University’s Tisch School of the Arts. She began her professional acting career while studying theater at N.Y.U. She married Robert Russell on May 25, 2014. 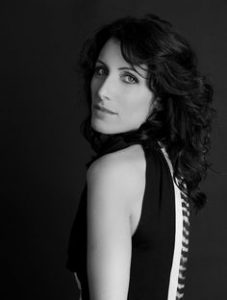 Lisa Edelstein Facts:
*She was born in Boston, Massachusetts to Jewish parents.
*She has been a vegetarian since 1982.
*She was a cheerleader for New Jersey Generals at 16.
*She enjoys writing, composing music and painting.
*She has two dogs: Kapow! and Shazam!.
*Follow her on Twitter, Facebook and Instagram.