Lisa Merchant is a Canadian actress. She is best known for starring as Brenda Murphy in the popular Canadian television series Train 48. She has also appeared in Improv Heaven and Hell, The Joe Blow Show, and A Home at the End of the World. Merchant has won three Canadian Comedy Awards for Best Female Improviser (in 2001, 2003 & 2005). 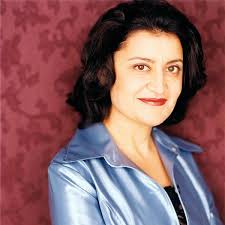 Lisa Merchant Facts:
*She played Brenda Murphy in the improvisational drama Train 48.
*She was a cast member of the Gemini nominated Joe Blow Show.
*She has won three Canadian Comedy Awards for Best Female Improviser.
*She has been studying, performing and teaching the art of improvisation for 26 years.
*Visit her official website: www.lisamerchant.com