Jennifer Spence is a Canadian actress of film and television. She is best known for her portrayal of Dr. Lisa Park on the Stargate Universe television series, and for her role as Detective Betty Robertson on the science fiction television series Continuum. Other notable acting roles include Joanna in The 4400, Devin in Exes and Ohs, Grace Day in Travelers, Carmen in You Me Her, Olivia Mori in The Bletchley Circle: San Francisco, Melly Krakowski in Supernatural, and Prof. Kathy Torrence in Traces. Born on January 22, 1977 in Toronto, Canada, to a British father and a third-generation Japanese-American mother, she studied at the prestigious National Theatre School of Canada in Montreal. She married actor Benjamin Ratner in 2011. 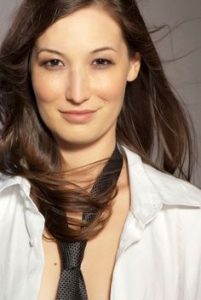 Jennifer Spence Facts:
*She was born on January 22, 1977 in Toronto, Canada.
*She was born to a third-generation Japanese-American mother and a British father.
*She starred as Dr. Lisa Park on the TV series Stargate Universe.
*Follow her on Twitter and Instagram.