Lisa Rinna is an American actress, television host and writer. She is best known for her portrayal of Billie Reed on the NBC daytime soap opera Days of Our Lives, and for her role as Taylor McBride on Fox’s television drama Melrose Place. From 2002 to 2006, Rinna was the host of Soapnet’s talk show Soap Talk, for which she earned four Emmy nominations for Outstanding Talk Show Host. In 2014, she appeared on the fifth season of the Bravo reality series The Real Housewives of Beverly Hills. As an author, Rinna has also written three books: Starlit; The Big, Fun, Sexy Sex Book; and The New York Times best-seller Rinnavation. Born Lisa Deanna Rinna on July 11, 1963 in Newport Beach, California, to parents Lois and Frank Rinna, she is of Italian, Portuguese, and English descent. She graduated from Medford Senior High School in 1981. She has been married to Harry Hamlin since March 29, 1997. They have two daughters, Delilah and Amelia. 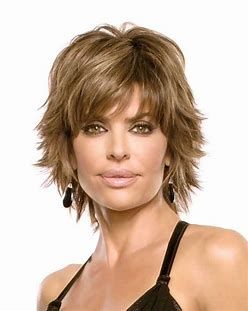 Lisa Rinna Facts:
*She was born on July 11, 1963 in Newport Beach, California, USA.
*She belongs to Italian, Portuguese, and English descent.
*She began her career by appearing in commercials.
*She made her acting debut in John Parr’s “Naughty Naughty” music video.
*She posed n*de for Playboy while six months pregnant. (1998)
*She debuted her “Lisa Rinna Collection” fashion line for QVC in 2012.
*She is good friends with Denise Richards, Alison Sweeney and Ali Landry Monteverde.
*Visit her official website: www.lisarinna.com
*Follow her on Twitter, Facebook and Instagram.