Lisa Snowdon is a British television and radio host and former fashion model who hosted three seasons of Britain’s Next Top Model from 2006 until 2009. From 2008 until 18 December 2015, she also co-hosted Capital Breakfast on Capital London. As a fashion model, she has appeared on several magazine covers including Vogue, Elle, and Marie Claire. She has also appeared in campaigns for many important fashion houses such as Neutrogena, Dove, and Mercedes-Benz. Born Lisa Snawdon on January 23, 1971 in Welwyn Garden City, Hertfordshire, England, to beautician Lydia Snawdon and salesman Nigel Snawdon, she has two younger sisters. She was educated at Sir Frederic Osborn School, and graduated from the Italia Conti School of Performing Arts. Lisa was discovered by a model agency at age 19 while in a London nightclub. In 2017, she became engaged to her boyfriend George Smart. 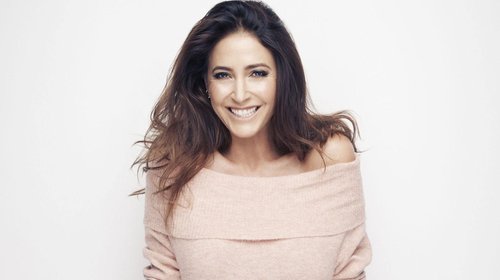 Lisa Snowdon Facts:
*She was born on January 23, 1971 in Welwyn Garden City, Hertfordshire, England, UK.
*She is the eldest of three sisters.
*She worked briefly as a waitress in London.
*She is a graduated from the Italia Conti School of Performing Arts.
*She was named the 33rd sexiest woman in the world in 2001 by FHM.
*She was in a 5 years on/off relationship with actor George Clooney. They broke up in June 2005.
*Visit her official website: www.lisasnowdon.com
*Follow her on Twitter and Instagram.