Rebecca Ferguson is a Swedish actress who came to prominence after being cast in the Swedish soap opera Nya tider. She gained international attention with her performance of Elizabeth Woodville in the British television mini-series The White Queen (2013), for which she was nominated for a Golden Globe for Best Actress in a Miniseries or Television Film. She also played MI6 agent Ilsa Faust in the action spy films Mission: Impossible – Rogue Nation and its sequel Mission: Impossible – Fallout. Born Rebecca Louisa Ferguson Sundström on October 19, 1983 in Stockholm, Sweden, she grew up in Vasastan district in central Stockholm. Her mother, Rosemary Ferguson, is English, and moved from England to Sweden before Rebecca was born. Her father is Swedish. She attended an English-speaking school in Sweden and was raised bilingual, speaking Swedish and English. She graduated from music school Adolf Fredriks Musikskola in the spring of 1999. She began her acting career with the Swedish soap opera Nya tider playing the role of Anna Gripenhielm. She has two children, a son Isaac Hallberg with her ex-boyfriend Ludwig Hallberg and a daughter Saga with her husband Rory. 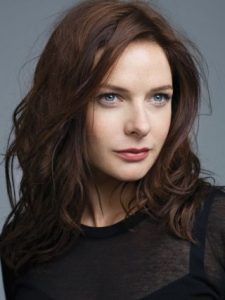 Rebecca Ferguson Facts:
*She was born on October 19, 1983 in Stockholm, Sweden.
*She is left handed.
*She is claustrophobic and suffers from vertigo.
*She’s a fan of Breaking Bad.
*She ran an Argentine dance studio on the Swedish south coast.