Lisa Surihani is a Malaysian actress, model and television host. She is best known for her roles in the films Goodbye Boys, I’m Not Single, Kapoww!!, Sekali Lagi, Lagenda Budak Setan, SAM: Saya Amat Mencintaimu and Ular. Lisa made her stage debut in the November 2012 production of Teater Tun Siti Hasmah, a biographical sketch of first lady Tun Dr. Siti Hasmah Mohamad Ali. She is the recipient of various accolades including; Malaysian Film Festival for Best Actress. Born Lisa Surihani binti Mohamed on March 23, 1986 in Kuala Lumpur, Malaysia, to a family of Bugis with distant Chinese, Arab and Indian ancestry, her parents are Siti Amirah Ahmad and Mohamed Mahbob. She studied in Sekolah Sri Inai during her primary and secondary years and studied law at the Help University College and Aberystwyth University in Wales, United Kingdom. Since 2012, she has been married to singer-actor Yusry bin Abdul Halim, with whom she has two children. 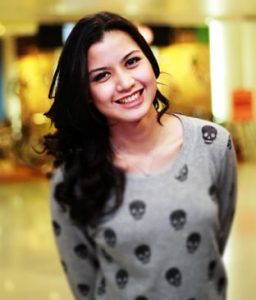 Lisa Surihani Facts:
*She was born on March 23, 1986 in Kuala Lumpur, Malaysia.
*She has a brother, Mohamad Azan Mohamed.
*She started her entertainment career in 1997, at the age of 11.
*She studied law at Help University College and Aberystwyth University.
*She has hosted several Malaysian television programs such as X-Fresh TV and Mari Menari.
*She has appeared in TV Commercials namely Johnson & Johnson, McDonald’s, MyEG, Lip Ice, DiGi Easy Prepaid, Rexona, Maggi Cukup Rasa, Garnier, Honda Icon and Sofy.
In 2017, she was named as the Goodwill Ambassador of UNICEF Malaysia.
*Follow her on Twitter, Facebook and Instagram.