Noah Zulfikar is a Canadian professional dancer and actor who portrayed the role of Kingston on the fifth season of the teen drama series The Next Step. He is also known for having been a member of the Canadian Dance Company. In 2019, Zulfikar portrayed the role of Brian in the family drama movie, Dance Together, and appeared as Jacey/Kevin in the 2020 Disney movie Zombies 2. Born on January 11, 2000 in Mississauga, Ontario, Canada, Noah began dancing at the age of seven. He debuted his professional career at the age of 16 joining the cast for season five of the hit TV series The Next Step. He and Meg Donnelly have been romantically linked. 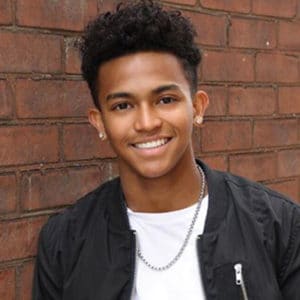 Noah Zulfikar Facts:
*He was born on January 11, 2000 in Mississauga, Ontario, Canada.
*He has been training in various styles of dance such as: Ballet, Jazz, Hip Hop, Contemporary, Musical Theatre, and Tap.
*He auditioned for the 4th edition of The Next Step.
*He’s represented by the Stars Academy Talent agency.
*Follow him on Twitter and Instagram.