Lisalla Montenegro is a Brazilian fashion model who has walked the runway and been photographed for advertising campaigns for brands including Hermès, Miles Aldridge, Michael Kors, Mario Sorrenti, Kenneth Willardt, Nina Ricci, and Armani. She has appeared in magazines such as Vogue, Glamour and Italian GQ. She was named as a model for Victoria’s Secret Pink. Born on September 5, 1988 in Goiania, Goiás, Brazil, she competed in a beauty pageant, Miss Goias, in Goias at the age of 15. She was discovered by a talent scout and invited to come to New York. In January 2012, she began dating Los Angeles Angels pitcher C. J. Wilson. They married on December 15, 2013 in Laguna Beach, California. Together, they have two daughters. 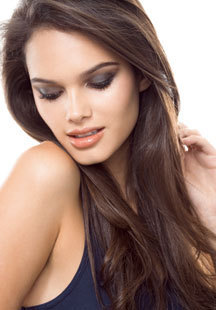 Lisalla Montenegro Facts:
*She was born on September 5, 1988 in Goiania, Goiás, Brazil.
*She began modeling locally.
*She was spotted by a talent scout and invited to come to New York.
*She moved to New York to pursue a modelling career.
*She signed with makeup brand Maybelline New York in 2010.
*She modeled lingerie lines for Bloomingdales and Wolford.
*She was named #85 on Maxim’s annual Hot 100 issue on (2014).
*She is a teetotaler.
*She is married to Los Angeles Angels of Anaheim pitcher C.J. Wilson.
*Visit her official website: www.lisalla.com
*Follow her on Twitter, Facebook and Instagram.