Lita Ford is an English-born American guitarist, singer and songwriter who was the lead guitarist of the Runaways, the first teenage all-girl hard rock band to record and achieve widespread commercial success in the 1970s. After the Runaways, Ford became a solo artist and released such hit singles as “Kiss Me Deadly” and “Close My Eyes Forever”. 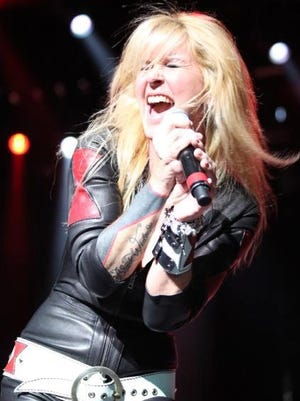 Born Lita Rossana Ford on September 19, 1958 in London, England, to a British father (Harry Lenard Ford) and an Italian mother (Isabella Benvenuto), she is of English and Italian descent. Ford moved with her family to the United States when she was in second grade. She started playing guitar at the age of eleven. She was married to Chris Holmes from 1990 to 1992 and Jim Gillette from 1994 to 2011. She has two sons named James and Rocco.

Lita Ford Facts:
*She was born on September 19, 1958 in London, England, UK.
*She began playing the guitar at the age of 11
*She was the lead guitarist of the Runaways, a rock band from Los Angeles, in the mid-to-late 1970s.
*She was ranked #95 on VH1’s 100 Sexiest Artists.
*She dated Nikki Sixx of the heavy metal group Mötley Crüe in the mid-1980s.
*She released her autobiography Living Like a Runaway in June 2016
*Visit her official website: www.litafordonline.com
*Follow her on Twitter, YouTube, Facebook and Instagram.