Liu Shishi, widely known as Cecilia Liu, is a Chinese film and television actress. She is best known for her portrayal of Ruoxi in the Chinese time-travel drama Scarlet Heart, 2011. Liu was born and raised in Beijing, China as Liú Shīshī. In 2015, she married Scarlet Heart co-star Nicky Wu. 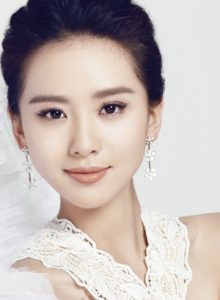 Liu Shishi Education:
She attended and graduated from the Beijing Dance Academy with a major in ballet.

Liu Shishi Facts:
*She is often billed as Cecilia Liu.
*She attended Beijing Dance Academy as a ballet major.
*She met her husband on the set of drama Bu Bu Jing Xin, and started dating during the filming of its sequel.
*The famous Chinese paper-media Nan Du Entertainment Weekly named her as one of the “Chinese Four Promising Young Famale actresses” in 2013.