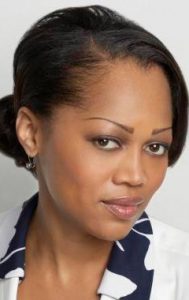 Theresa Randle Facts:
*She was born in Gary, Indiana.
*Her first big-screen break was Maid to Order in 1987.
*She appeared in the film Space Jam alongside Michael Jordan.