Sheryl Lee Ralph is an actress and singer best known for her role as Deidra “Dee” Mitchell on the UPN sitcom Moesha. She also originated the role of Deena Jones in the Broadway musical Dreamgirls in 1981. Sheryl was born in Waterbury, Connecticut, USA on December 30, 1956. Her mother was Jamaican and her father was African-American. She has been Married to Pennsylvania State Senator Vincent Hughes since July 30, 2005. She was previously married to Eric Maurice from 1990 to 2001. 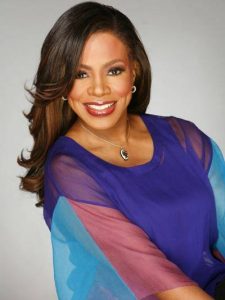 Sheryl Lee Ralph Facts:
*She is the daughter of African-American father and Afro-Jamaican mother.
*She was named Best College Actress in 1974.
*She was the youngest woman to ever graduate from Rutgers University.
*She was crowned Miss Black Teen-age New York in 1973.
*She is friends with Loretta Devine, Patti LaBelle, Marla Gibbs, Mablean Ephriam, and Vesta Williams.
*Follow her on Twitter, Facebook and Instagram.