Lizabeth Scott was an American actress, best remembered by the public for her roles in such film noir classics as I Walk Alone, Dark City and Pitfall. Scott’s other film credits include Desert Fury, Easy Living, Dead Reckoning, Loving You, Burke’s Law, Paid in Full, Pulp, Scared Stiff, The Company She Keeps, You Came Along, The Strange Love of Martha Ivers, The Racket, Stolen Face, Bad for Each Other, and The Weapon. The oldest of six children Lizabeth was born Emma Matzo on September 29, 1922 in Scranton, Pennsylvania. Her parents, Mary and John Matzo, were Slovak immigrants. She was educated at Marywood Seminary, a local Catholic girls’ school, and Scranton’s Central High School. She also attended the Alvienne School of Drama in New York. She was discovered in 1942 by Broadway producer Michael Myerberg after doing a national tour of Hellzapoppin. She died of congestive heart failure in Los Angeles, California at age 92 on January 31, 2015. 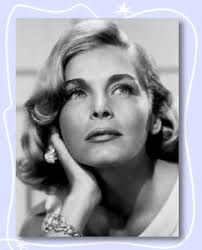 Lizabeth Scott Facts:
*She was born on September 29, 1922 in Scranton, Pennsylvania, USA.
*She was the oldest of six children.
*Her parents were Slovak immigrants.
*She worked as a model for Harper’s Bazaar.
*She appeared on television from the late 1940s to early 1970s.
*She campaigned for Ronald Reagan three times during his political career.