Actor and singer who rose to prominence as a member of the band Big Time Rush, whose songs include Boyfriend, Love Me Love Me, City Is Ours and Til I Forget About You. Logan Henderson is best known for his role as Logan Mitchell on the Nickelodeon series, Big Time Rush. He had his debut acting role in Friday Night Lights at age 16. He was born Logan Phillip Henderson on September 14, 1989 in Dallas, Texas, the son of Pamela Ann Wright and Jeffrey Lynn Henderson. He has a younger sister Presley Henderson. He is a graduate of Birdville High School. 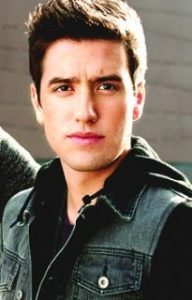 Logan Henderson Facts:
*He was born and raised in North Richland Hills, Texas.
*He moved to Los Angeles to pursue an acting career, at the age of 18.
*He was a gymnast when he was young.
*He dated actress Makenzie Vega.
*Visit his official website: www.loganhendersonmusic.com
*Follow him on Twitter, YouTube, Google+, Facebook and Instagram.