Logic is an American rapper, singer, songwriter, and record producer who began his musical career in early 2009 releasing Logic: The Mixtape and a mixtape titled Young, Broke & Infamous in 2010. He signed with Visionary Music Group, and subsequently released three more mixtapes over three years. Logic’s fourth mixtape, Young Sinatra: Welcome to Forever (2013), achieved remarkable success. Logic released his debut studio album, Under Pressure, in October 2014, which debuted at number four on the U.S. Billboard 200, followed by his second album, The Incredible True Story in November 2015. His third studio album Everybody (2017) debuted at #1 in the U.S on the billboard 200, and the album’s hit single, “1-800-273-8255”, reached number three on the U.S. Billboard Hot 100, and was a top-ten hit internationally. Born Robert Bryson Hall II on January 22, 1990 in Rockville, Maryland, he was raised in Gaithersburg, Maryland. Logic’s father is an African-American, and his mother is a Caucasian. In October 2015, he married Jessica Andrea and they later separated in March 2018. He got engaged to Brittney Noell in 2019. 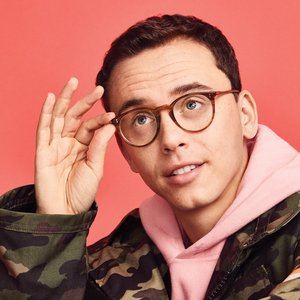 Logic Facts:
*He was born on January 22, 1990 in Rockville, Maryland, USA.
*He spent much of his youth in the West Deer Park neighborhood in Gaithersburg, Maryland.
*He released his debut studio album Under Pressure in October 2014.
*With Sam Smith, Logic released a version of Smith’s single “Pray” in 2018.
*Visit his official website: www.logicmerch.com
*Follow him on Twitter, YouTube, Facebook and Instagram.