Loren Gray is an American singer and YouTuber who became famous for her lorengray musical.ly account where she gained over 28 million followers. She has more than 3.4 million subscribers to her YouTube channel and 15.6 million Instagram followers. She’s currently signed to Virgin Records and released her debut single “My Story” in August 2018. Born on April 19, 2002 in Pennsylvania, USA, her full name is Loren Gray Beech. She has an older half-sister. She has been featured by Teen Vogue and Seventeen Magazine. She received award nominations at the People’s Choice Awards, the Teen Choice Awards, and the VMAs in 2016. In 2018, she began dating Instagram star Ian Jeffrey. 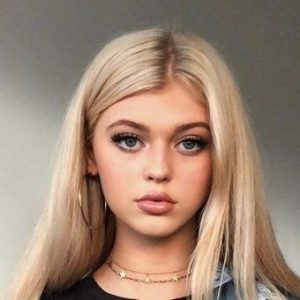 Loren Gray Education:
She is homeschooled.

Loren Gray Facts:
*She was born on April 19, 2002 in Pennsylvania, USA.
*She joined Musical.ly in 2015.
*She appeared in English singer and television presenter HRVY’s music video for “Personal” in 2017.
*She has two pet dogs named Smudge Pom and Angel Pom.
*Follow her on Twitter, YouTube, Facebook and Instagram.